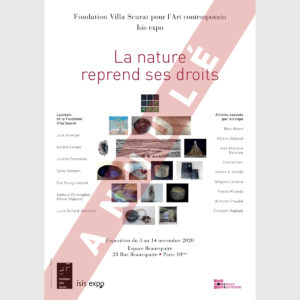 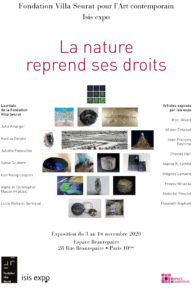 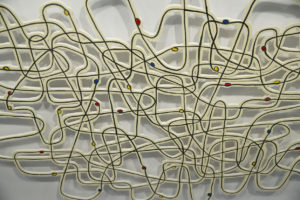 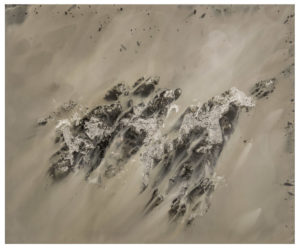 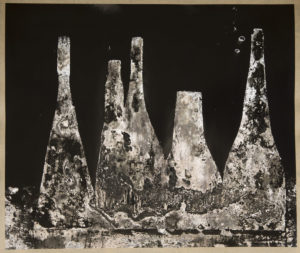 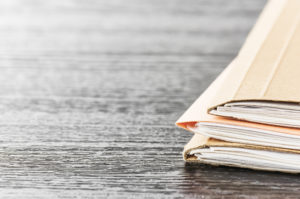 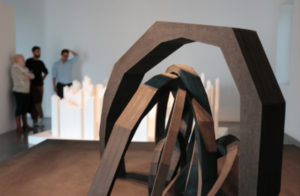 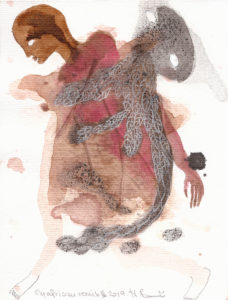 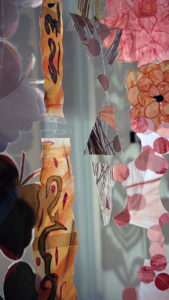 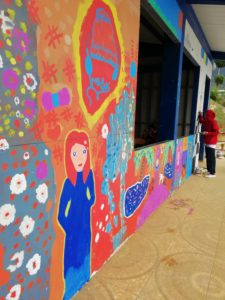 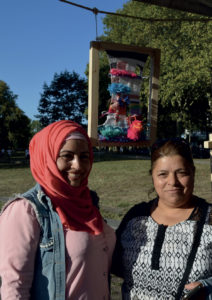 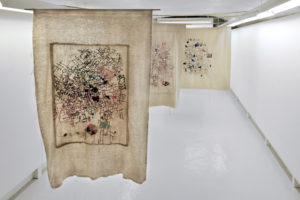 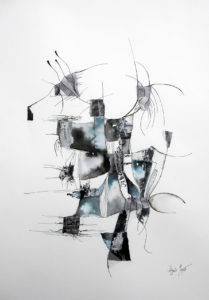 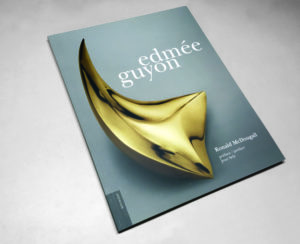 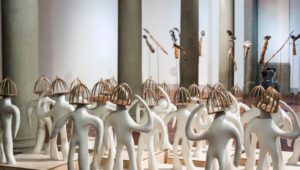 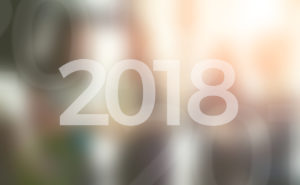 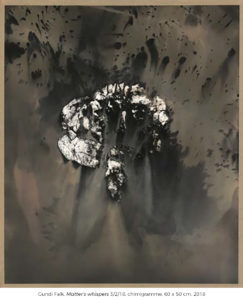 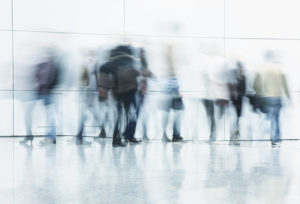 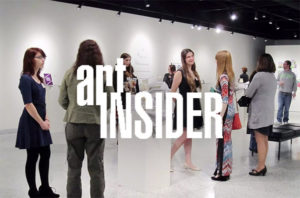 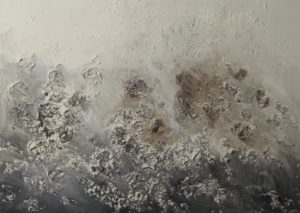 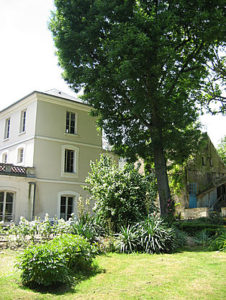 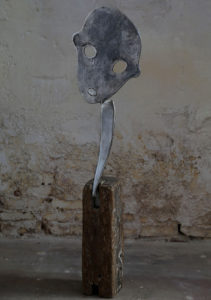 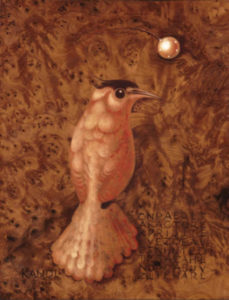 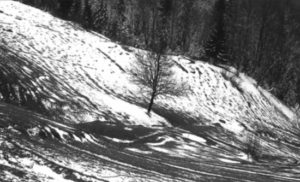 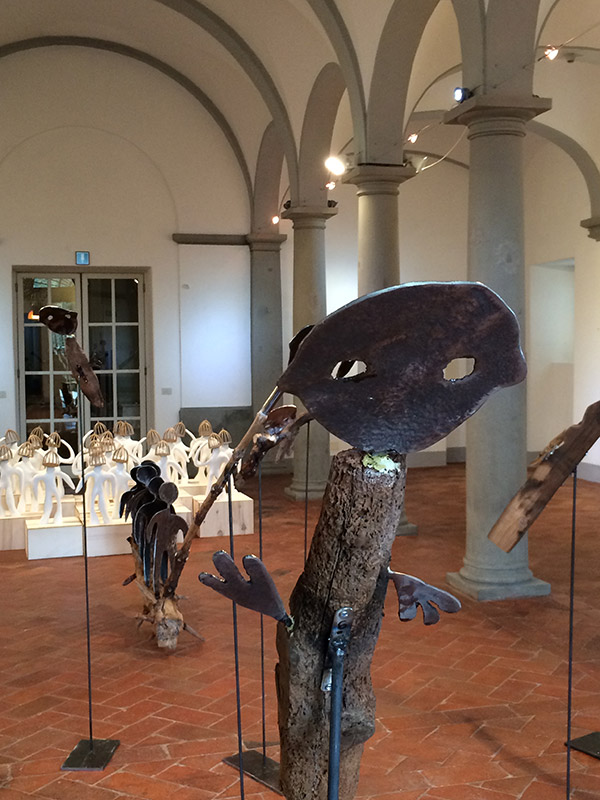 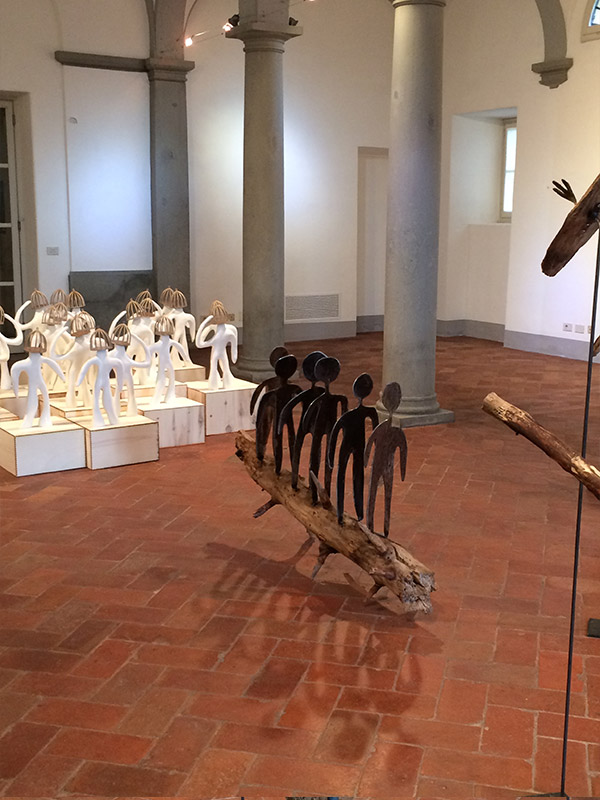 While Italy and Europe were facing a new wave of forced migration with tragic human consequences, Haude Bernabé was invited to exhibit at the Villa Finaly in 2016. She created #marenostrum, an in situ installation that echoed the 2013 unsuccessful Italian rescue operation, following the migrant shipwreck off the island of Lampedusa, causing many deaths.

Haude Bernabé created an installation of sculptures symbolizing, on the one hand, « the West » (two series of sculptures produced by using 3D printing) and, on the other hand, « the migrants » (pieces made from driftwood and steel, which were slightly moving on their flexible rods).

Her intention is not to tell the story and experience of migrants. On the contrary, she invites visitors to feel for themselves, wandering through her sculptures, the meaning of migration, which leads to exile and being faced with a foreign world that is not ready to welcome them.

« Haude Barnabé is a born sculptress. She has mastered the art of stripping masses of their mass to leave nothing but the flayed carcass, the envelope of flesh, the delicate skin of their essence. She hooks into the cracks in space to carve open the universe. She brings the scarred wounds of humanity to bloom. She invents talismans of metal in a subtle, unyielding lacework of iron that flames through opacity. », Christian Noorbergen, « Les âmes de fer », in Short Cuts, éditions Lelivredart, Paris, 2016.